This is my fifth day here; time to get back on the road.

After my dismal performance on the ‘ride’ up to Sangla, I had a very low-key day, resting up around my hotel. My legs are sore.

On the next day, I wandered around Sangla. Not much to write home about; typical small Indian town, but with reasonable temperatures. Found an Internet cafe to let Bev know of my whereabouts (now that the phone isn’t working) and to catch up on a couple of blog posts. 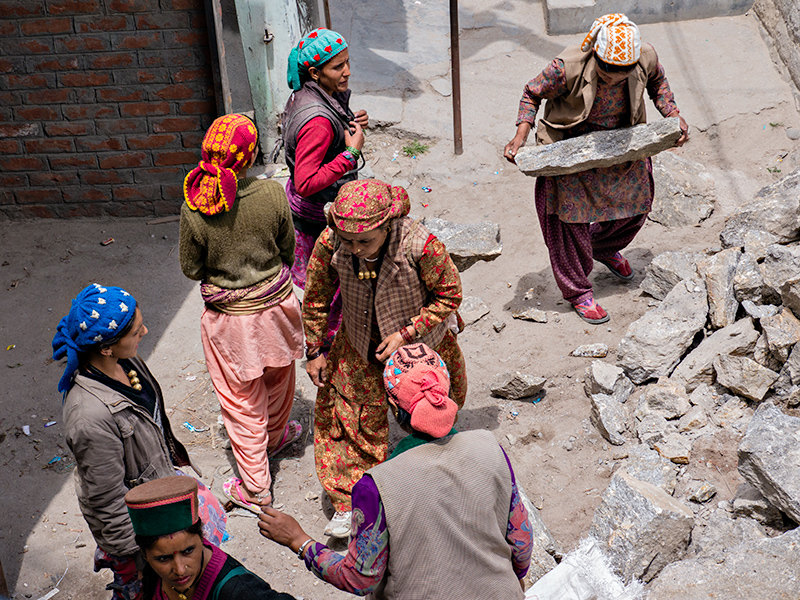 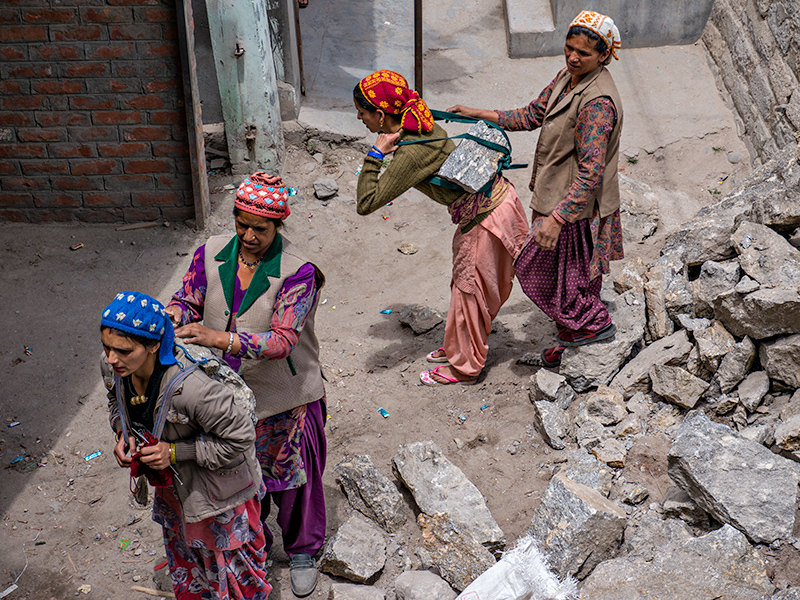 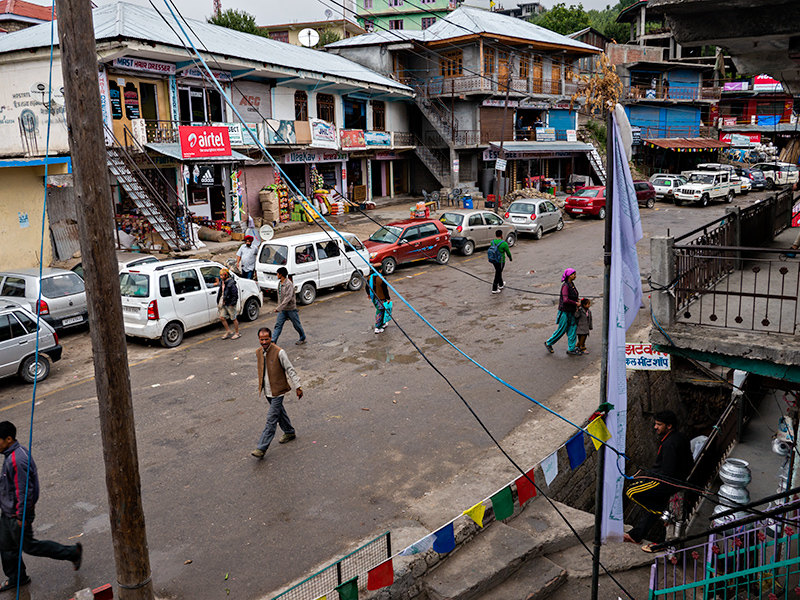 Day 3: On a whim, I jumped on a bus up the Chitkul, to see if it’s worth the ride (push?) up there. No, not really. Pleasant enough, in a wonderful location, with traditional wooden buildings remaining in the upper village.

But also the creeping scourge of concretification (which I didn’t photograph). Lots of these concrete frames of columns and slabs look abandoned but maybe owners only build what they can afford at the time.

There were a few Western travelers about, hanging out in one restaurant, but most of the visitors were well-heeled Indians.

Kinnauri felt cap, worn by the men and the women

I caught the bus back down at 3:30, after a walk around and lunch. There didn’t seem much reason to relocate and spend a day or two here, except perhaps to adjust to the altitude a little (Chitkul is at 3450m; I could feel that walking up the steep lanes of the upper village).

Day 4. Having decided that Chitkul didn’t warrant a fully laden ride, I decided to ride up with an unladen bike (what joy!) to get a better look at the valley and to see what it felt like to ride about 3000m. 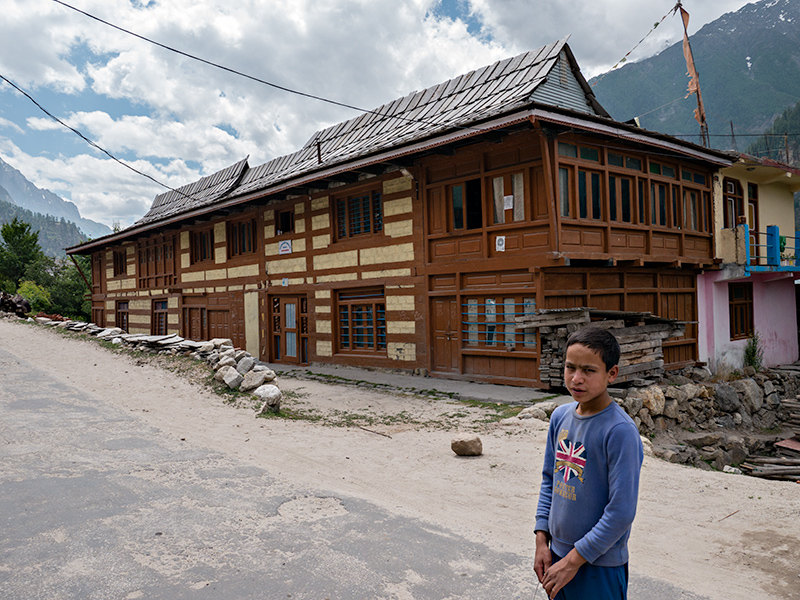 On the ride out of Sangla 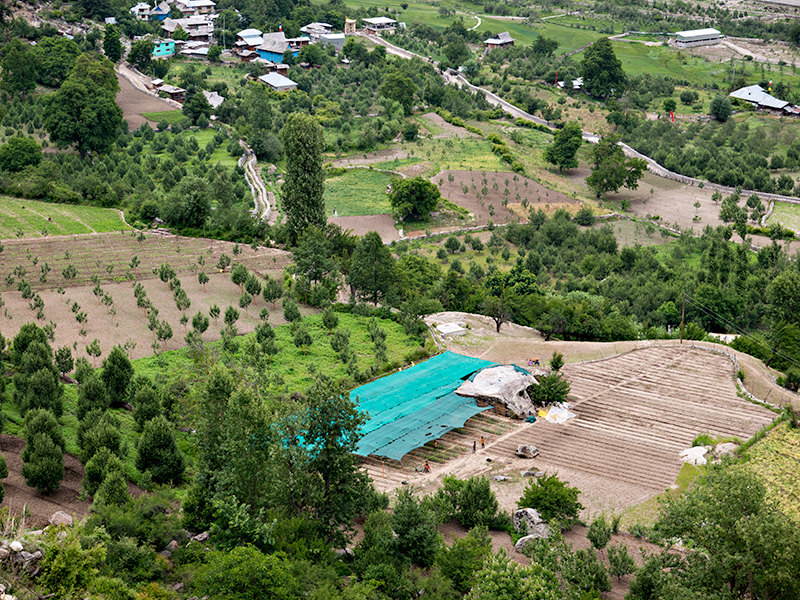 Climbing above the valley bottom 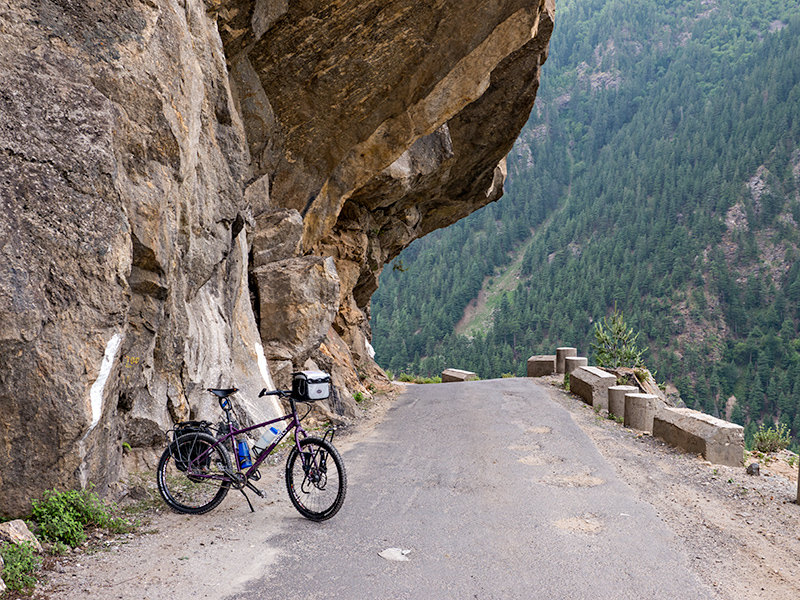 Some of the surface was sealed (or post-sealed!) 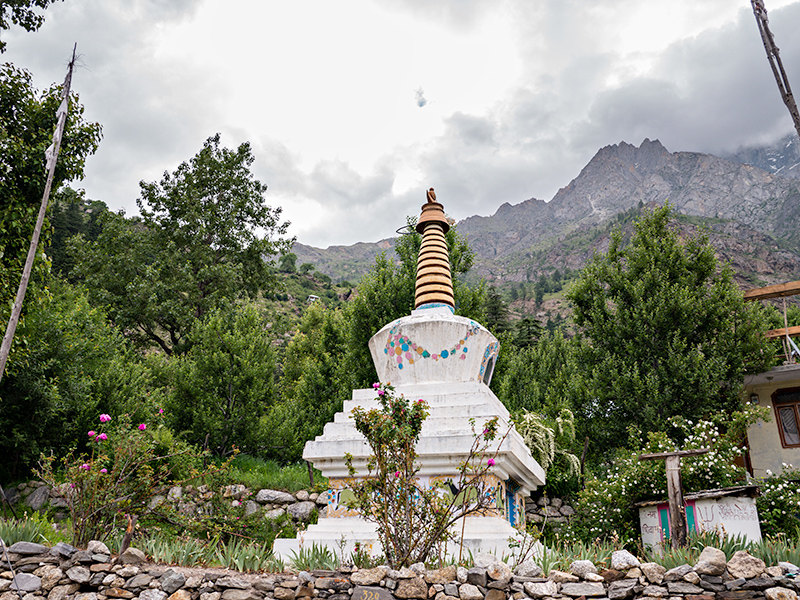 There is Buddhist influence in the valley, with many Nepalis living here 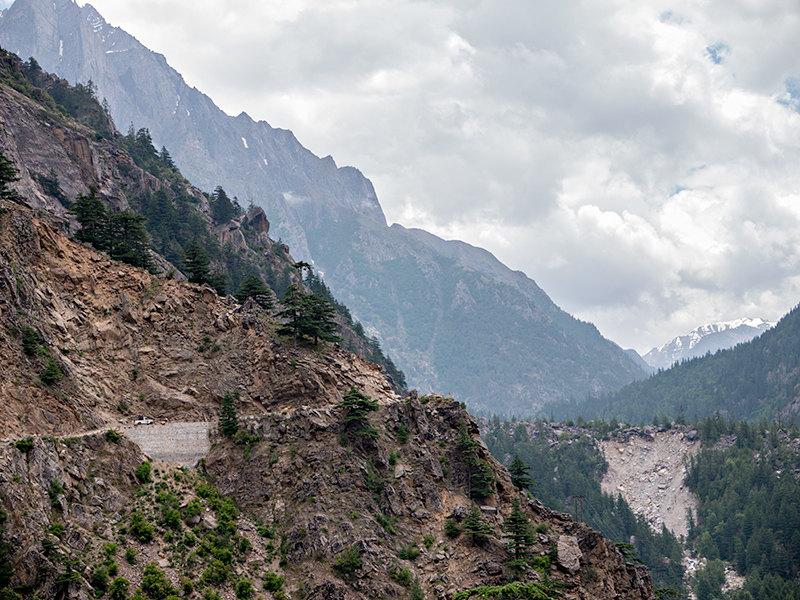 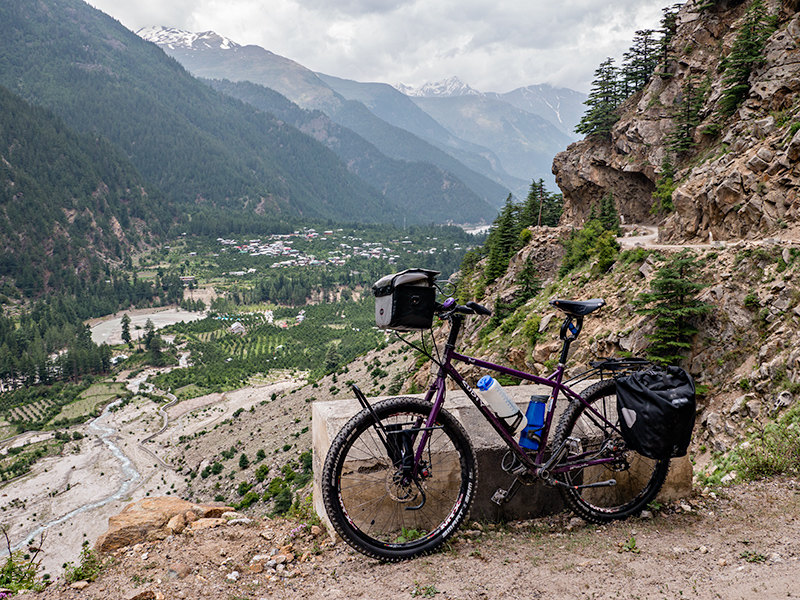 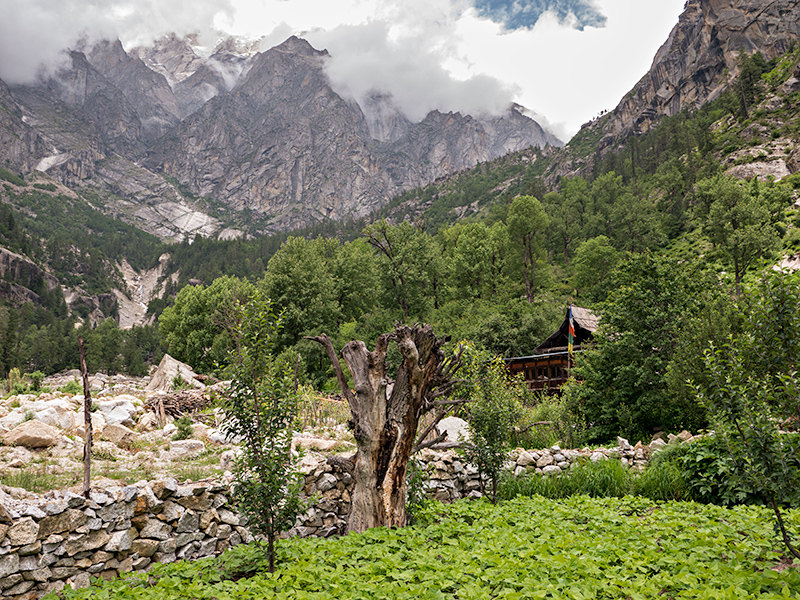 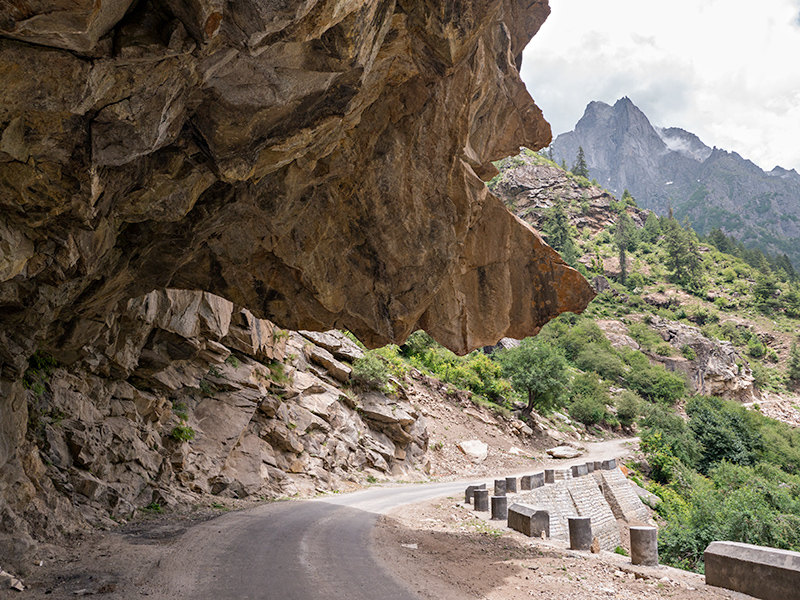 Rain shelters along the road… 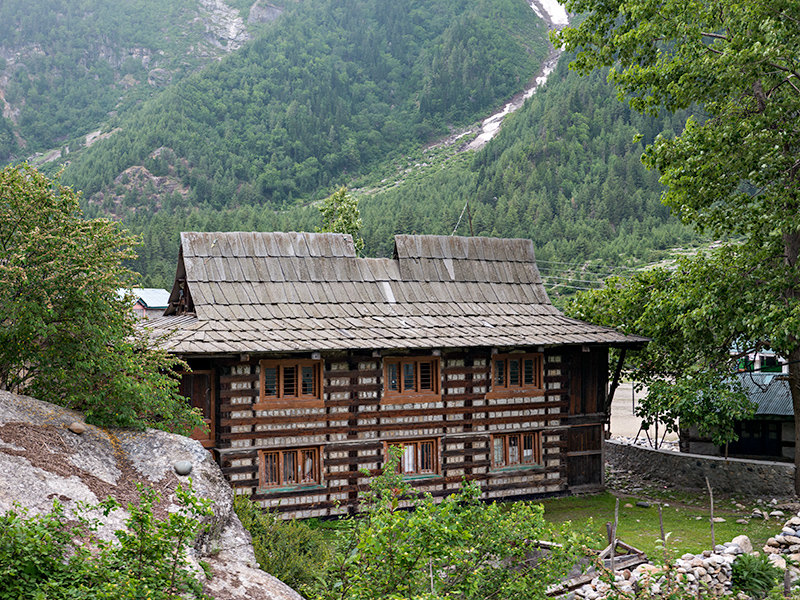 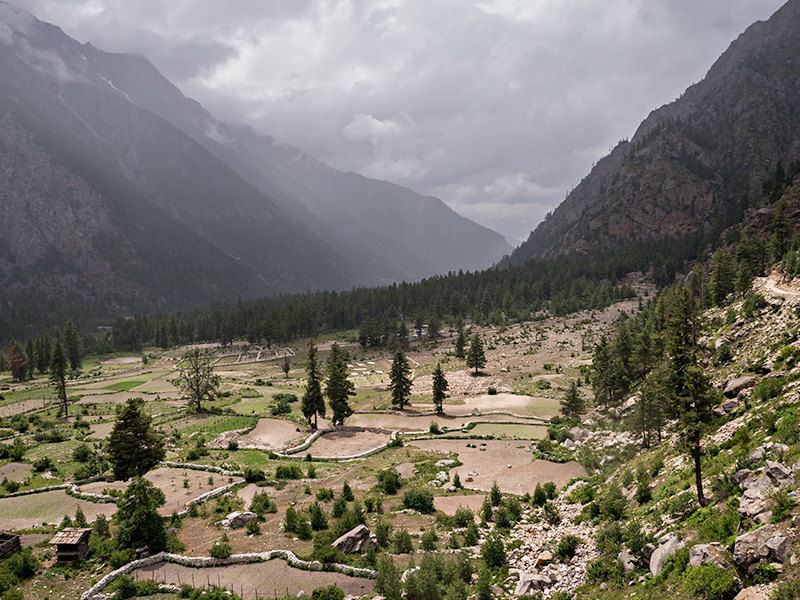 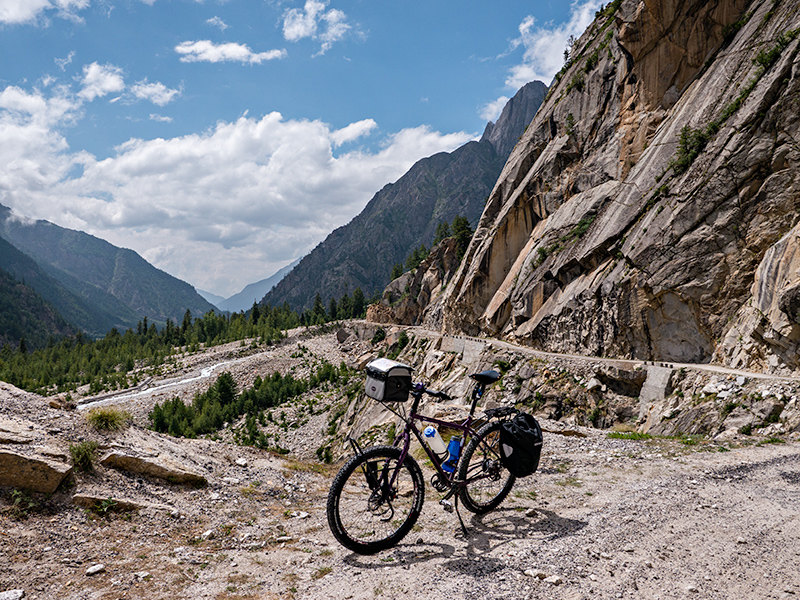 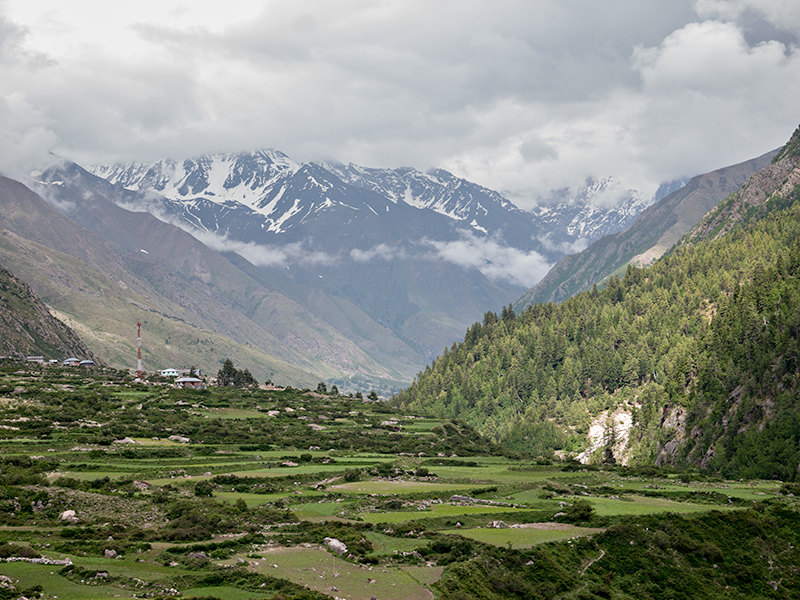 I made it all the way up. Pedaling! Although not without several photographic/reoxygenation breaks. What a great day! It’s an 800m climb up to 3450m.

I had lunch, soup and noodles, and chatting with the Nepali running the restaurant/hotel. His family had moved to Shimla from Nepal in the 70s. He worked here in the summers and spent the winter months in the nice weather of Jaiselmer in Rajasthan. There are no visitors to Chitkul in the winter, he explained. And who would want to attempt those roads in the snow!

He was surprised that, at 61, I still had a ‘public’ job. Federal government workers have to retire at 60, state employees at 58. 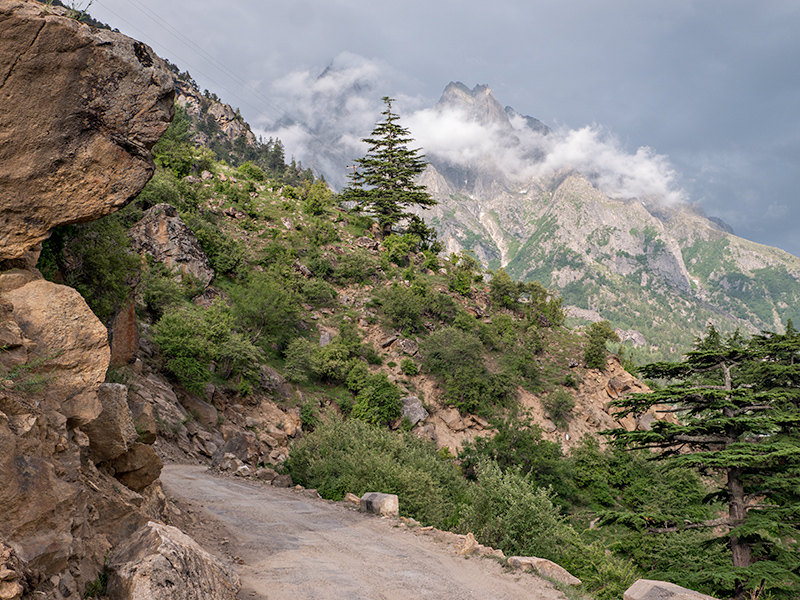 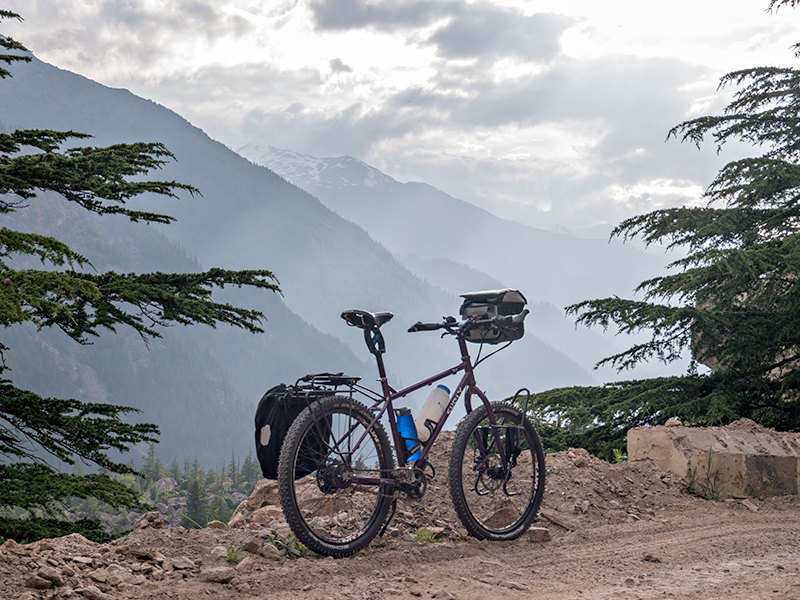