A big day today – over the Kunzum La at 4550m. Highest so far and, because I’m not planning on the Manali-Leh ride with its 5300m passes, this will be the highest of the trip. 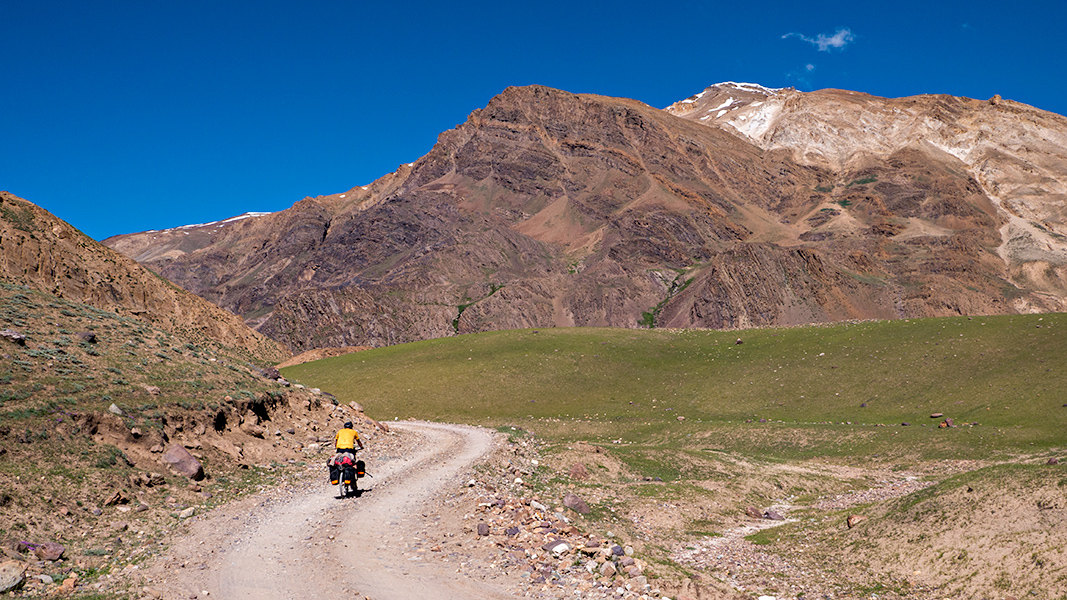 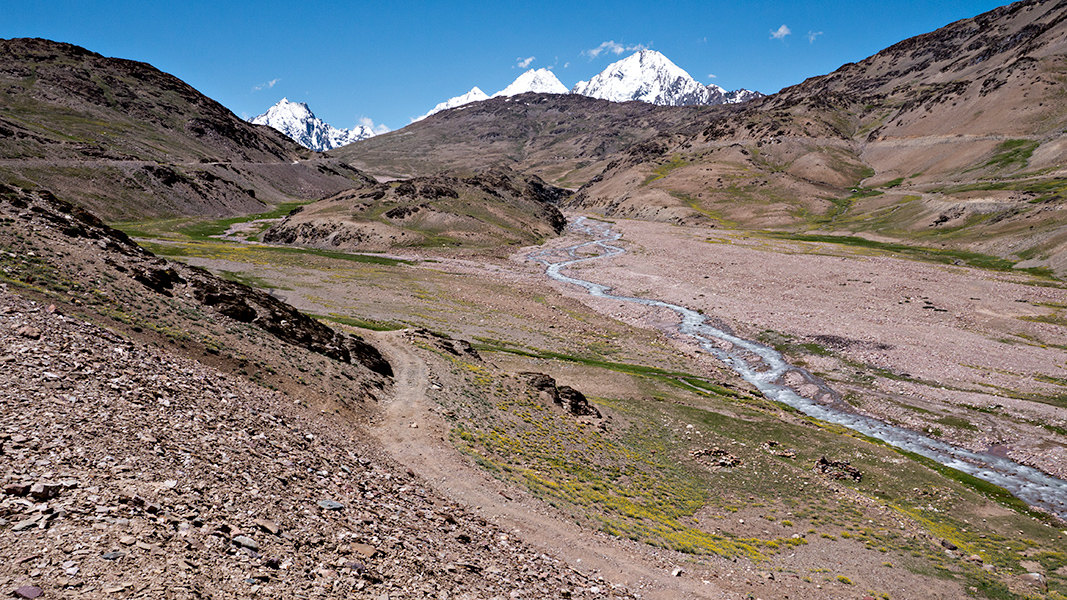 Getting close to the top. It won’t be too soon! 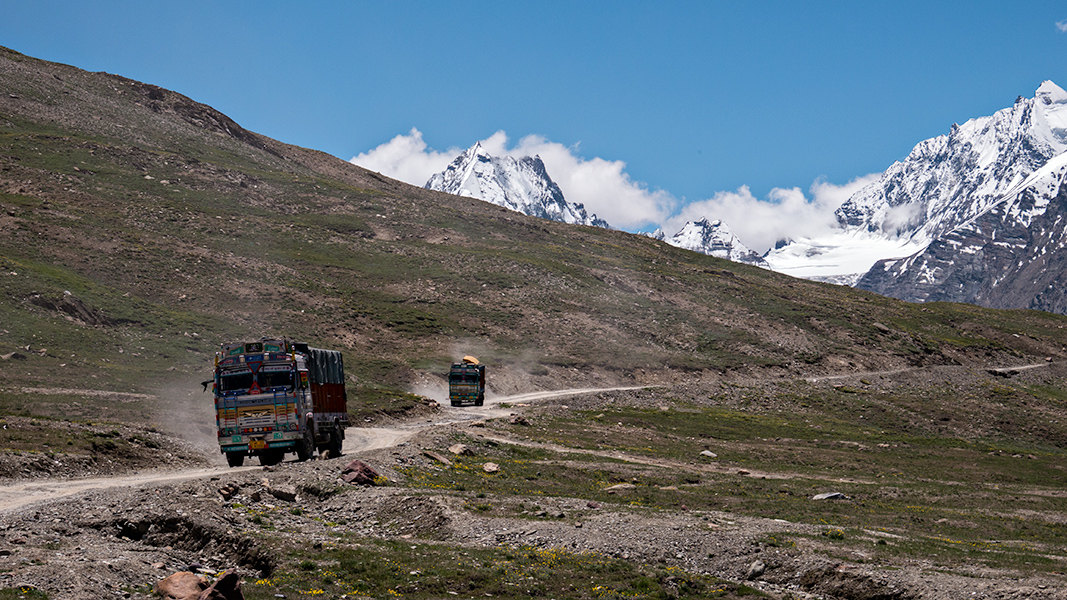 A couple of trucks coming the other way; not much truck traffic, mainly tourist and local taxis and the daily buses in each direction.

Made it, but with a lot of pushing. Breathing is fine but my legs don’t like these long climbs on rough roads :( 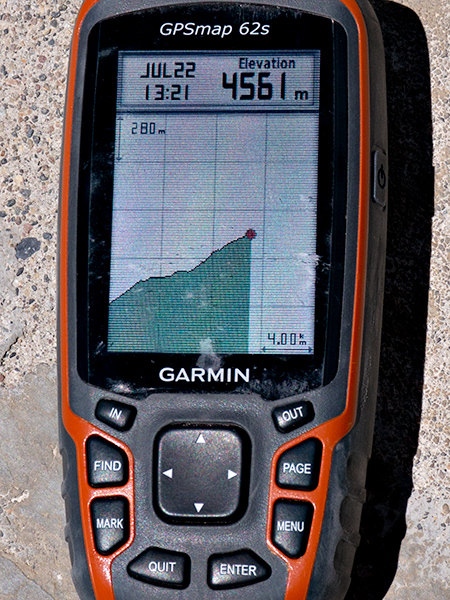 The HTDC bus does a clockwise circuit of the mani wall and chortens: 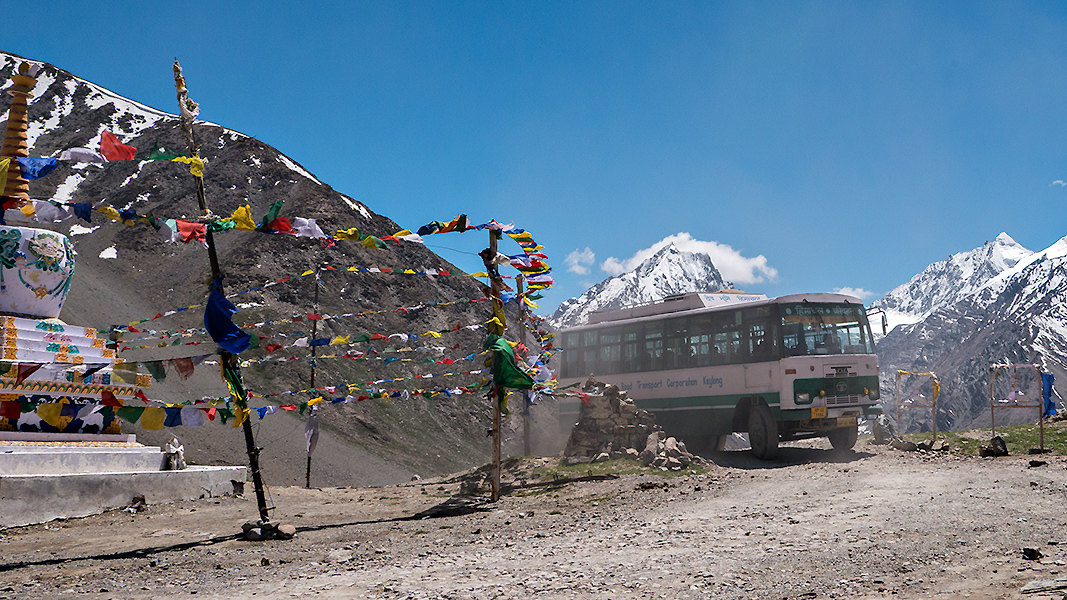 It’s very windy and cool. But a nice place so I spent an hour and a half just enjoying being here. 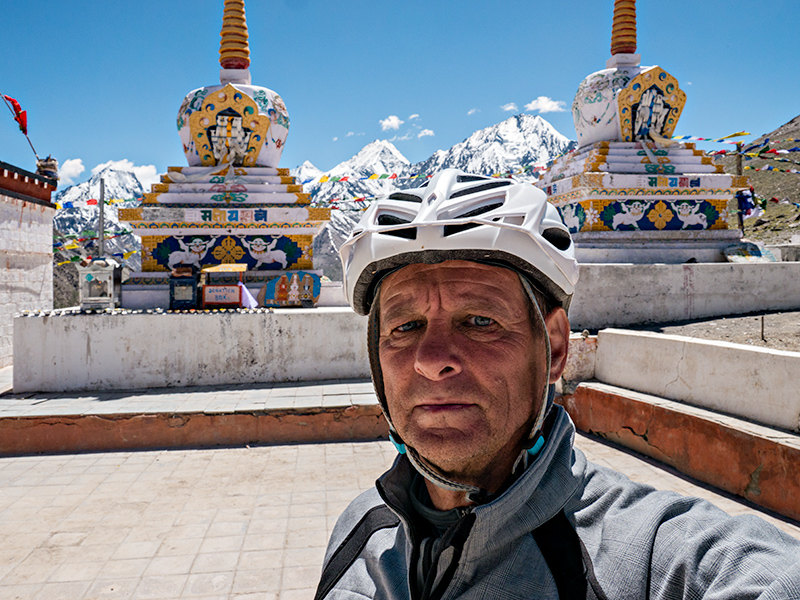 Downhill to Batal now. Better keep the jacket on.

Batal. At last. This is our accommodation for the night. Not quite Home Sweet Home but it’ll do just fine. A dog came in to shelter from the wind (or the other dogs, perhaps) and growled when I tried to relocate him to the floor. He was gone in the morning. 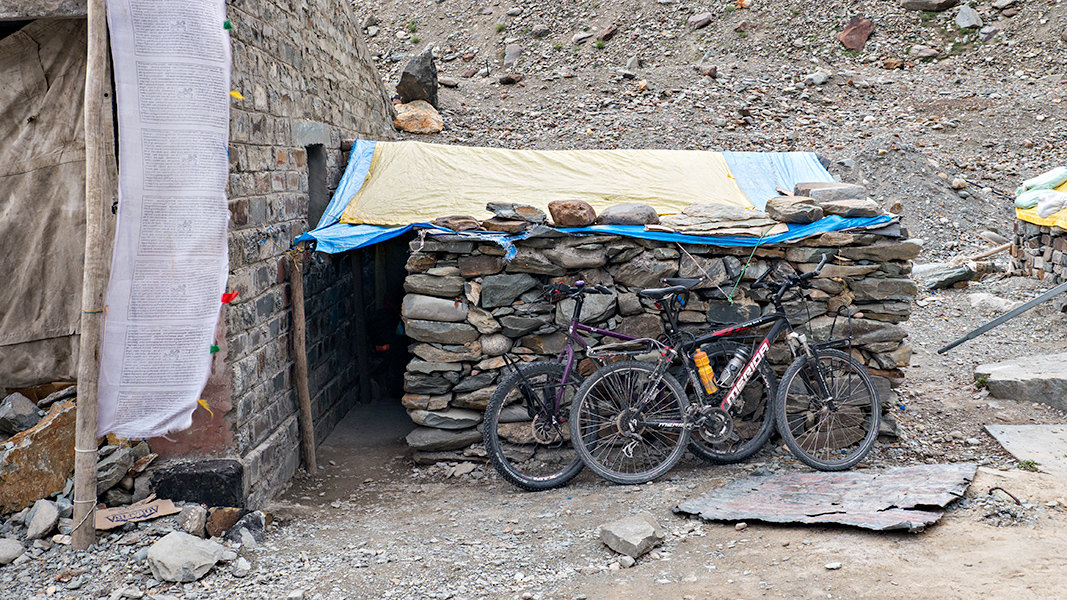 I asked the couple who run the dhaba whether the young woman who was working non-stop peeling and chopping vegetables, making chapattis, fetching and carrying, was their daughter. “No, my son’s wife” was the reply.

“Daughter-in-law” the young woman added. With the barest hint of resentment.