Udaipur is a well-known and beautiful city in Rajasthan. This isn’t that Udaipur. 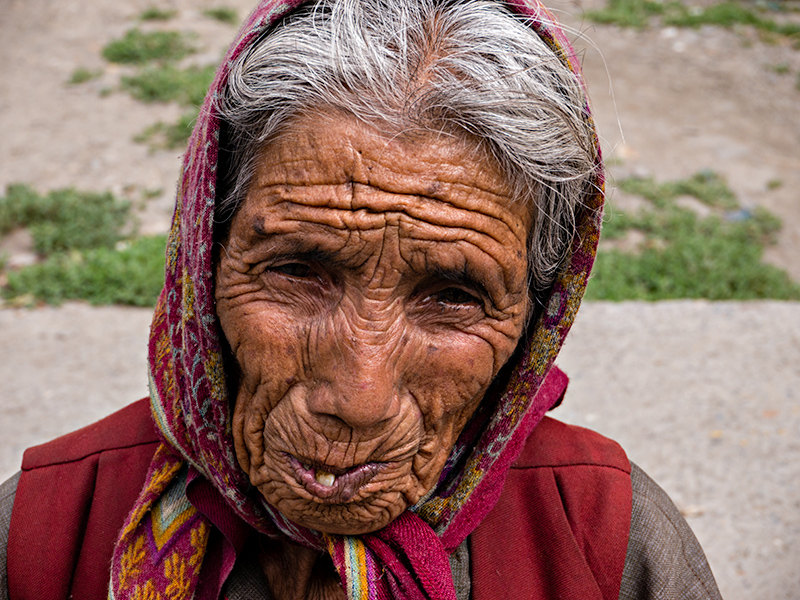 Not too early a start – breakfast around 8:30 am. No hurry, the hospital surgery won’t be open until ten-ish. I was there in time to bounce a baby on my knee for a while. 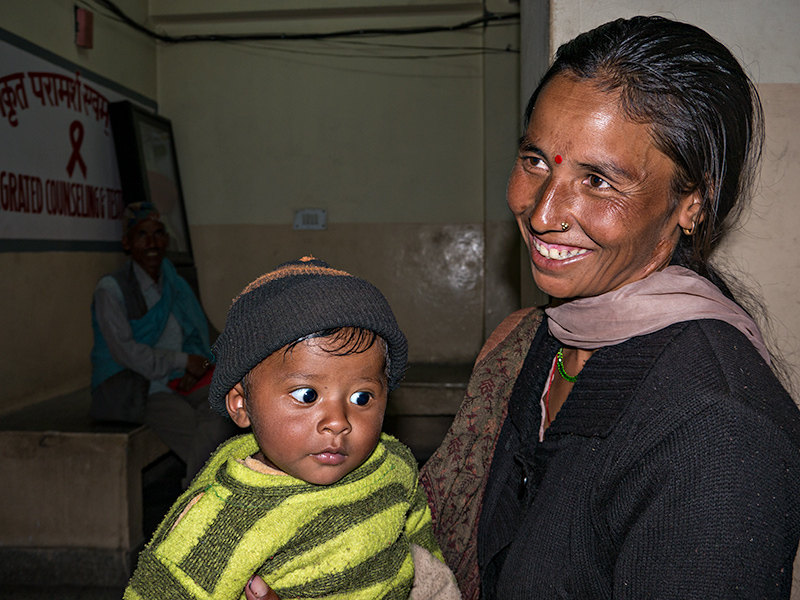 It was a different doctor this time; he stared at my prescription for a long while, asked if I had noticed any side effects from the antibiotics (no) and that appeared to be it. I’m not sure I’ve got a clean bill of health but I have to get moving anyway. I picked up half a dozen samosas, loaded the bike and was on my way at the crack of noon-thirty.

It was dusty and downhill to the Udaipur turnoff, a gravity-assisted reversal of the slog up to Keylong almost a week before. The Udaipur road started off tarmac and uphill. After a few hairpins, the road levelled off but remained fairly fresh (as in ‘unpatched’) tarmac. There wasn’t much traffic; three Indians on Enfields passed me early on but, after that, it was mostly locals in shared taxis and a few trucks carrying produce (vegetables, mainly) from the terraced fields along the valley floor. 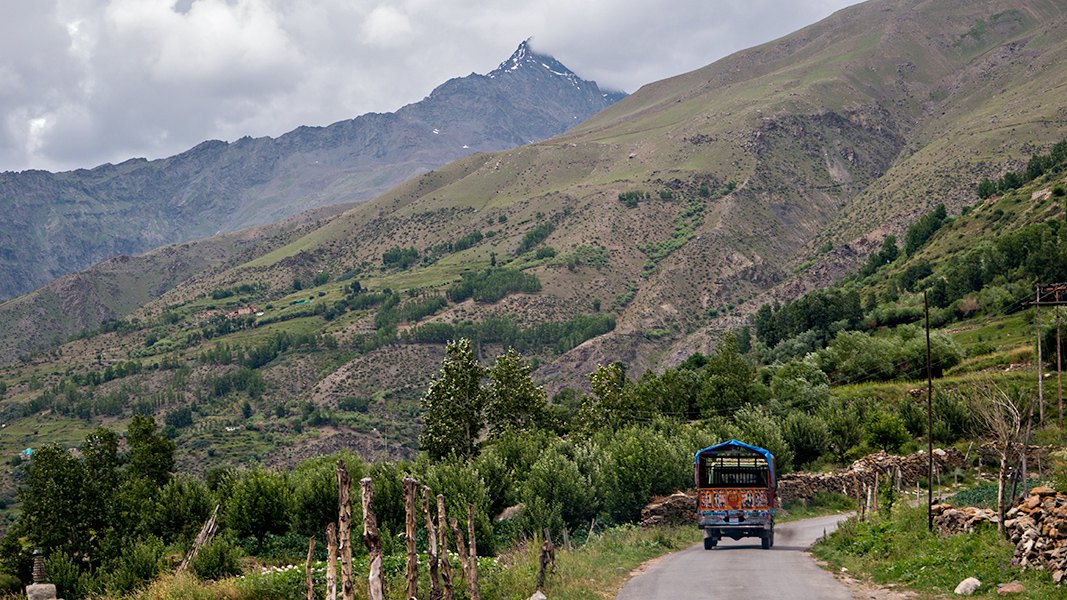 The river is now the Chenab, the confluence of the Chandra, the outflow from Chandratal Lake near Kunzum La (which now feels a long time ago) and the Bhaga that flows down the valley past Keylong.

The Chenab river valley has an unspoiled feel to it with the usual impressive mountains and occasional glacier providing a backdrop. Long waterfalls on the far side of the valley falling hundreds of metres at a time. Everyone has a smile on their face. Pretty valley, smooth road surface, little traffic, friendly locals: what’s not to like?

After 30km of undulating road, the tarmac deserted me for a 10 km stretch of small, packed rocks (broken and sized by the regular road gangs, presumably, although they appeared to have finished for the day, sitting around and smoking amiably) that looked ready for a coating of asphalt.

The workers from the fields were finishing for the day, too: 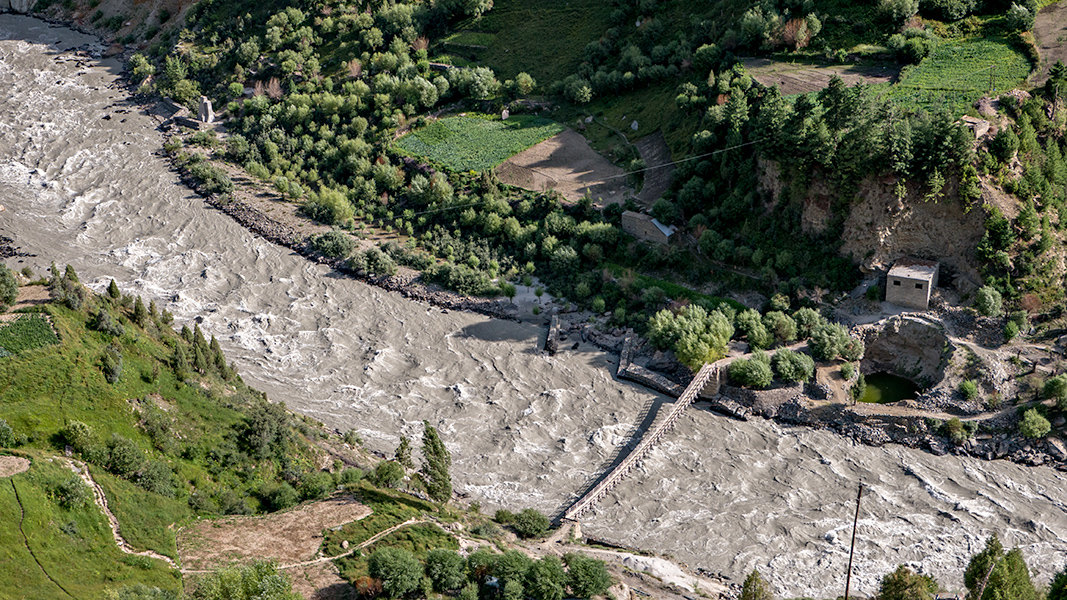 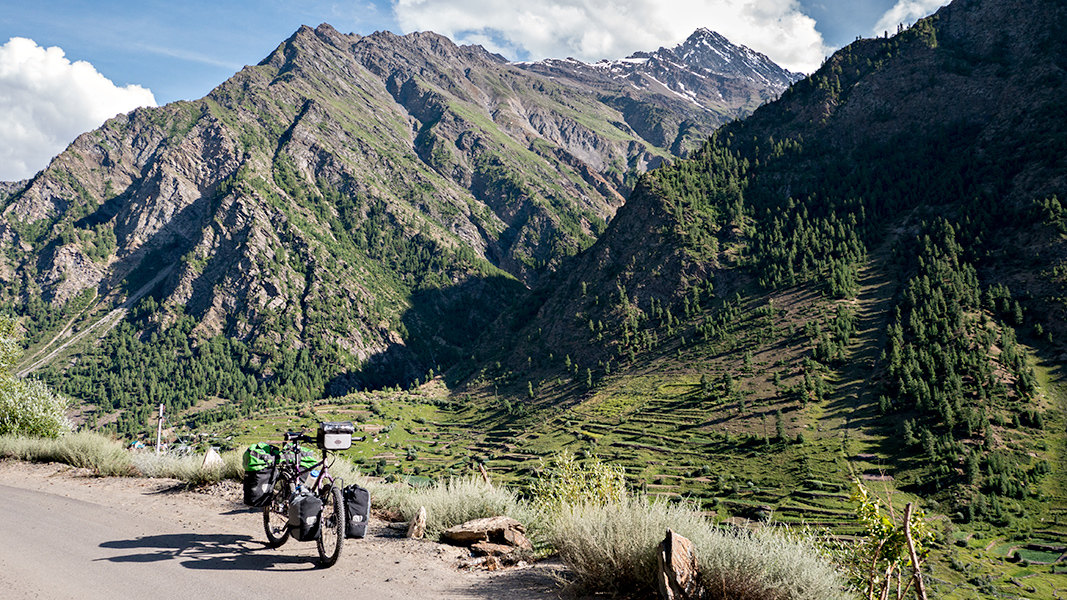 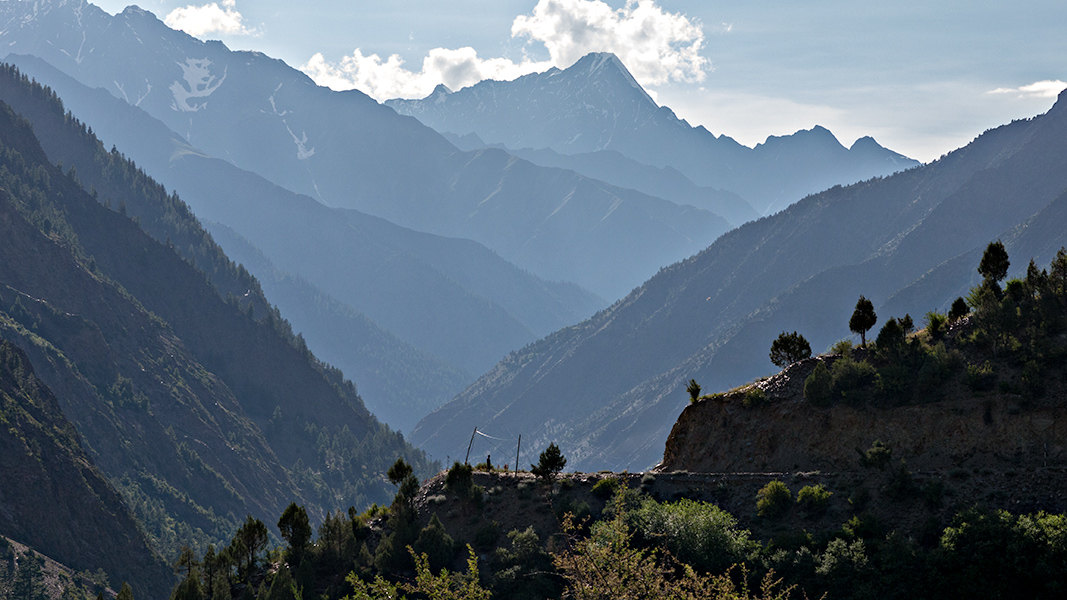 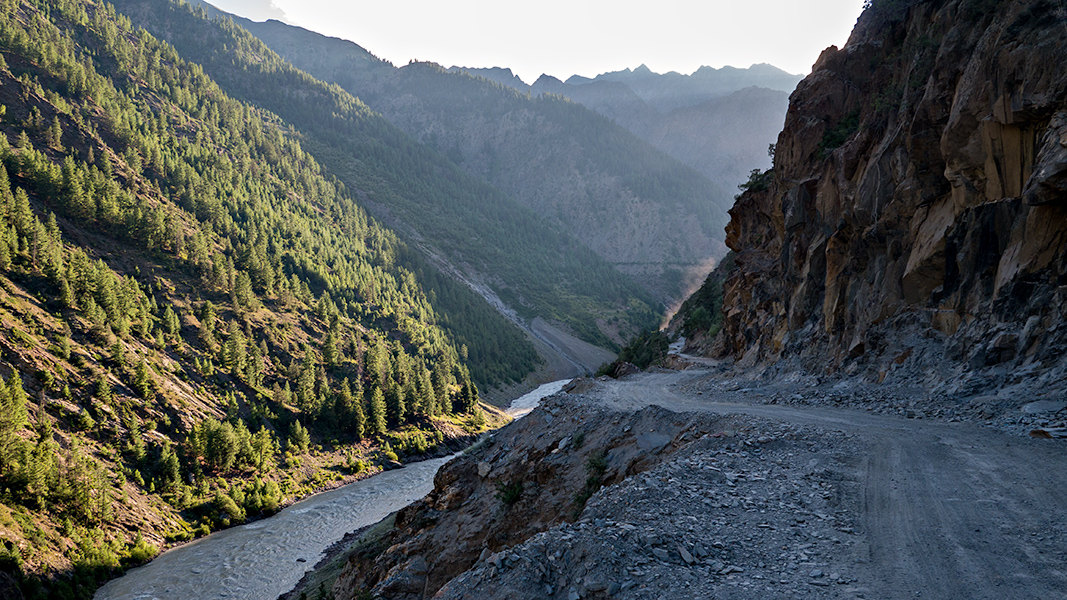 Then a few kilometres of tarmac to finish the approach to Udaipur. The HPTDC Resthouse looked beautiful but was fully booked. I couldn’t find the University of Agriculture Guest House across the road somewhere so continued into ‘town’ and checked into the first guesthouse I saw. It’s very basic but I can shower, eat and sleep.

After dinner, I walked up and down the main street. It seemed pretty old style but I may get a different opinion in the daylight. Old traditional buildings interspersed with newer concrete structures and even an ATM! I saw three or four guesthouses (looking no more inviting than the one I’d checked into) including the most definitely mis-named Hotel TipTop.

There were a few dark dhabas with a totally male clientele. Groups of men clustered around water pipes doing dishes, soapless and lightless. The stars above are almost within touching distance.

Off the beaten track again. No tourists, Indian or otherwise, for a while, I suspect.