Arrival in Delhi and entry to India was pretty smooth after my saran-wrapped bike showed up. Immediately outside customs was an ATM that worked, and a Costa coffee shop that provided a good and necessary latté. I went to the Aircel counter and actually got a SIM card installed and working – something that is generally a bureaucratic nightmare involving photos, letters of reference from hotel managers, etc., and then often to no avail. Shruti, who staffed the counter, was very efficient and very helpful. Technically, I was in India. But it didn’t feel like it.

Next to the Aircel counter was a taxi counter and I arranged an immediate (well, almost) ride to Chandigarh, five hours away, for me and the trohloff. I had to get an eight-seater (or eleven, at a push) to fit the bike and it cost more than I had expected. But it was worth it, to get on the way and not have to worry about heading into town, finding a hotel, and then still figuring out how to get to Chandigarh.

Then I was out of the glass doors, away from the air-conditioning and into midsummer Delhi heat. But only for a few yards to Kumar’s vehicle. It was strange how unstrange it all felt, back in India, recognising the free-flow of traffic that seems to break all the rules but somehow works, familiar sights and sounds. Lots of sounds, a constant blaring of varied horns: truck horns, car horns, motorcycle horns, a never-ending cacophany.

This part of Haryana state isn’t particularly attractive (to me), semi-industrial or -developed most of the way to Chandigarh. I tried to sleep, but that didn’t work (possibly because Kumar said he worked for 24 hours and then had 24 hours off, and I didn’t where he was in his work cycle). We arrived at about 3:00 pm and Kumar helped find me a hotel before turning around and heading back to Delhi.

The Altius is pretty plush and I certainly can’t afford to stay here for more than a couple of nights (Rs3990 negotiated down to Rs3000) but it’s just what I needed. There isn’t much that I particularly had to do in Chandigarh apart from adjust a little to Indian time and to get ready to ride. A comfortable room with wifi, and an attached restaurant, was perfect.

On my rest day, I took a taxi to the (Nek Chand’s) Rock Garden, one of the Chandigarh sights. Nek Chand started building sculptures and a maze of walls out of discarded bottles, bangles, electrical fittings, broken plates, etc. When it was discovered that Nek Chand had been building all this in a gorge on a land conservancy, illegally, it covered 12 acres. Rather than throw the book at him, the local authorities got behind and provide workers to help with his vision. Now in his 80s, Chand still overseas the development.

Some of it was deliciously kitschy. Some of it I just didn’t get; I found it particularly hard to see the art in walls of discarded electrical fittings.

I liked some of the mosaic work: 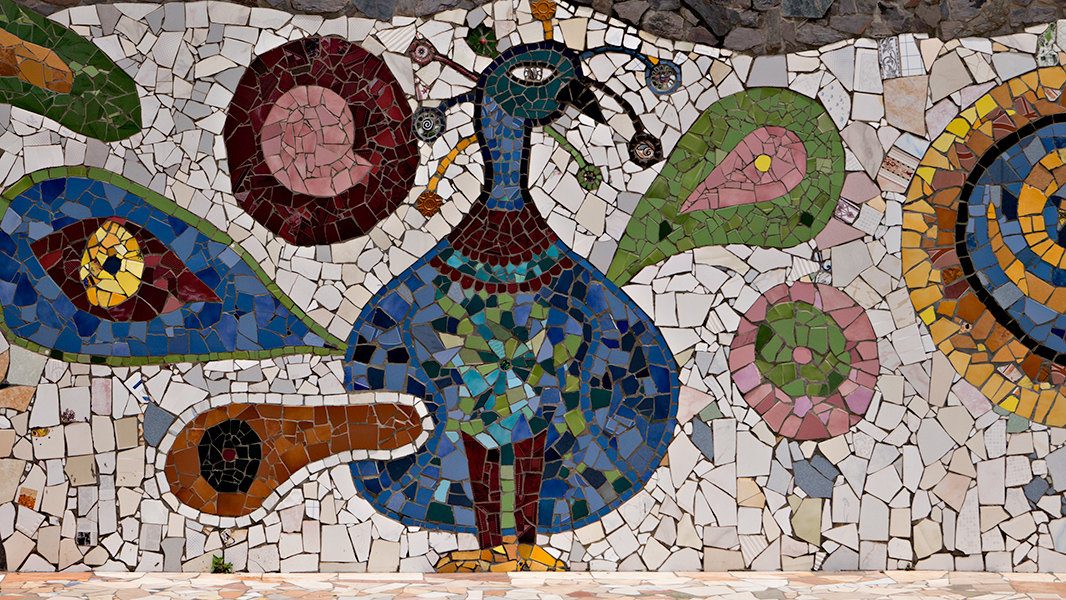 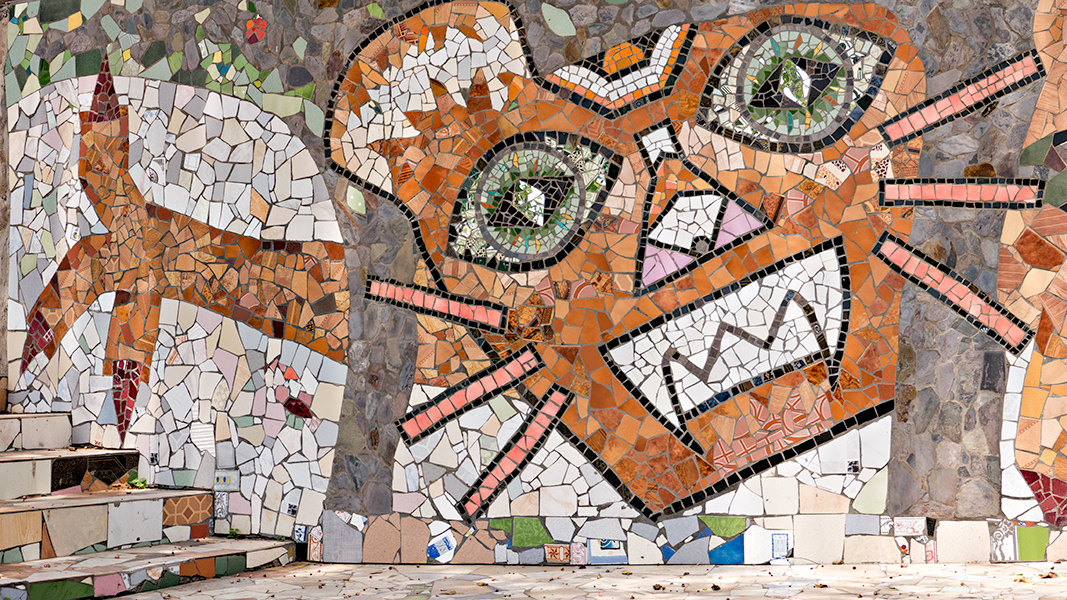 My ambivalence may have had something to do with it being in the mid 40s and I had an urge to hurry from patch of shade to patch of shade. Or maybe I’m just not artistic enough.