Bumpy. Bumpiest yet. Wet. Wettest yet. Generally downhill. 600m descent, one bump at a time. Relentlessly beautiful scenery. Love it!!!

Downhill, so I can keep up with Brian. For a while, anyway ;) 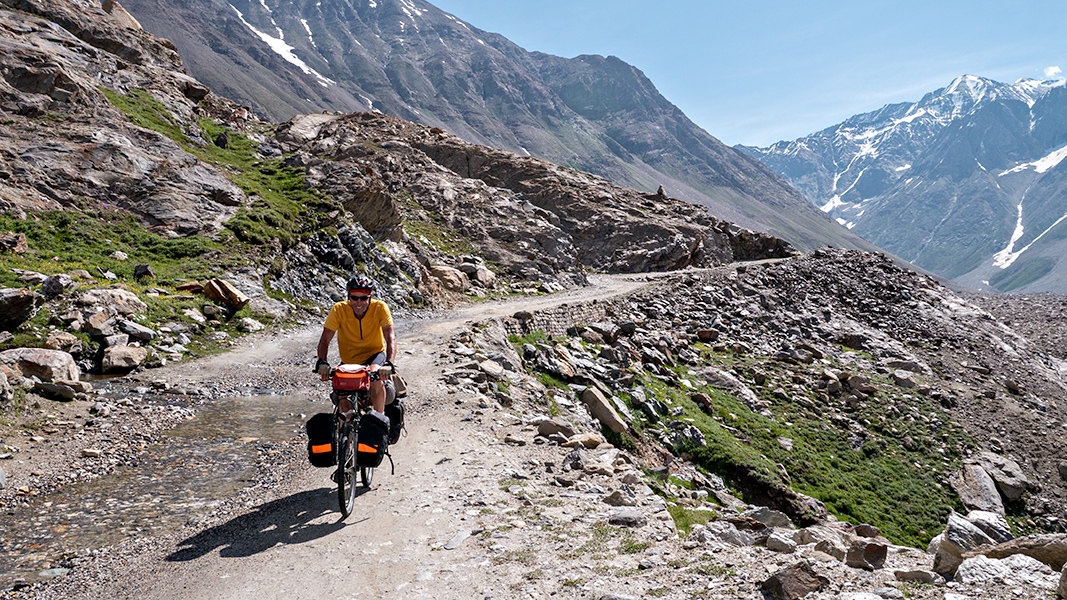 It’s always a bit of a surprise to see the daily bus on this road. But they race over the bumps and through the water-crossings with disdain. 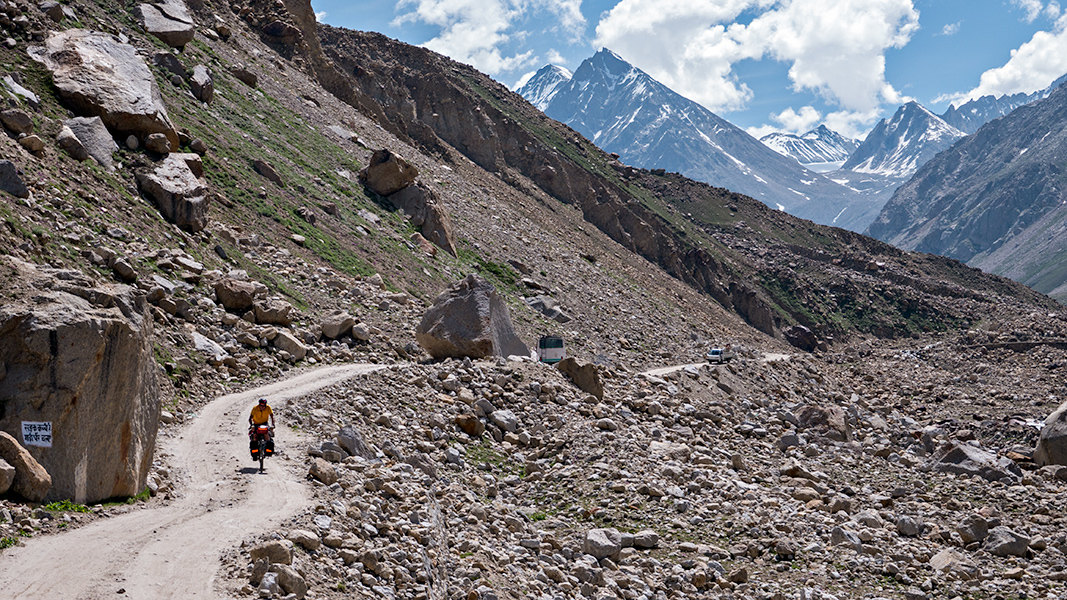 I began to see the reasons behind some of the Enfielders complaints. This road is definitely easier with a bicycle than it would be riding a motorcycle. And the Enfielders I’d heard the previous night had come through later in the day when the water-crossings would be much more interesting. There were long crossings, with the nulahs flowing along the road rather than across it. Much nicer to walk through in the sandals (Chacos) which have become my de facto riding shoes. 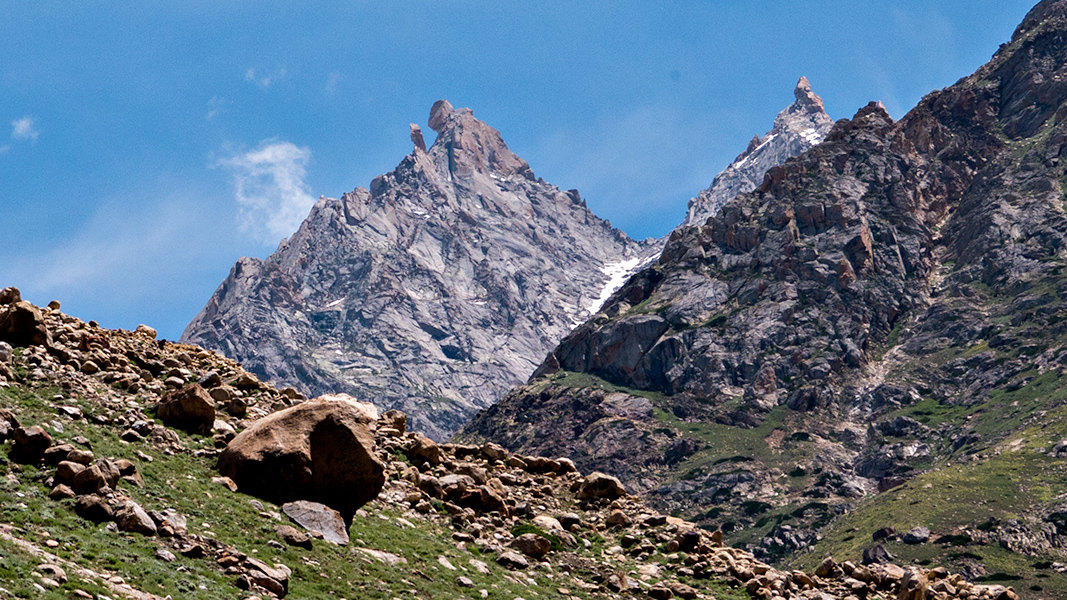 Stopped here for a photo and somehow ended up with my first puncture of the trip. I’ve been running my front tyres with low pressure to ease the ride; low front pressure in big tyres, and steel forks, combine to provide a form of suspension. But I hadn’t run over a rock; where had the ‘snakebite’ come from?

A bit of a delay applying a couple of patches near the tube valve. Damn! This was my only chance of finishing ahead (or at least with) Brian. 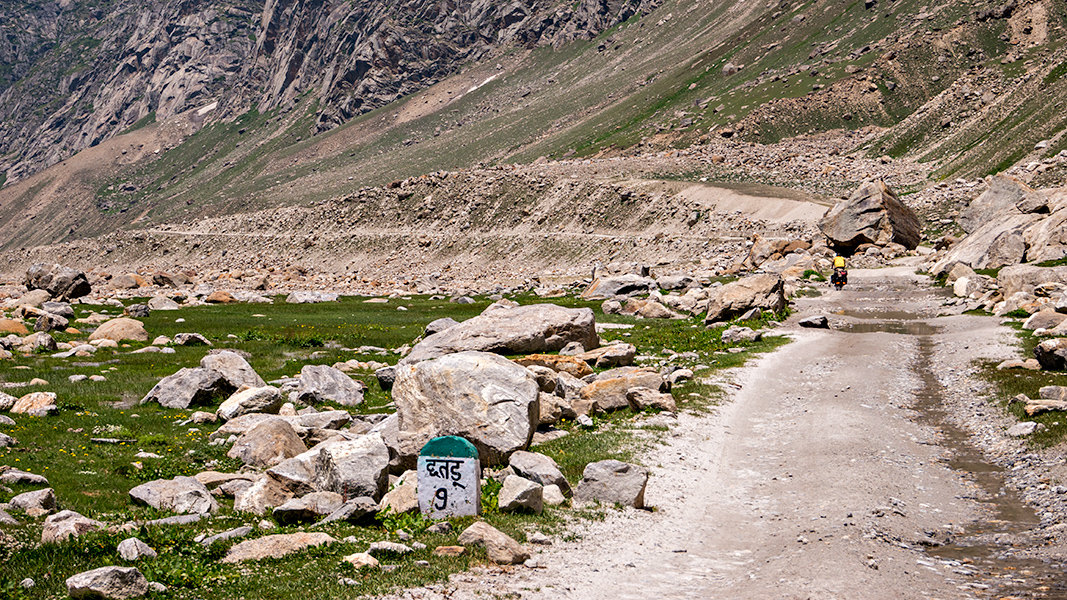 Some of the nulahs crossing the road were too deep to ride (without my cameras risking a drenching) with a quick current over an unstable rock bed. There wasn’t anything over a foot deep but it might be a different story later in the day.

Beautiful granite crags but it’s a long way to come just to rock-climb.

Bed for the night. 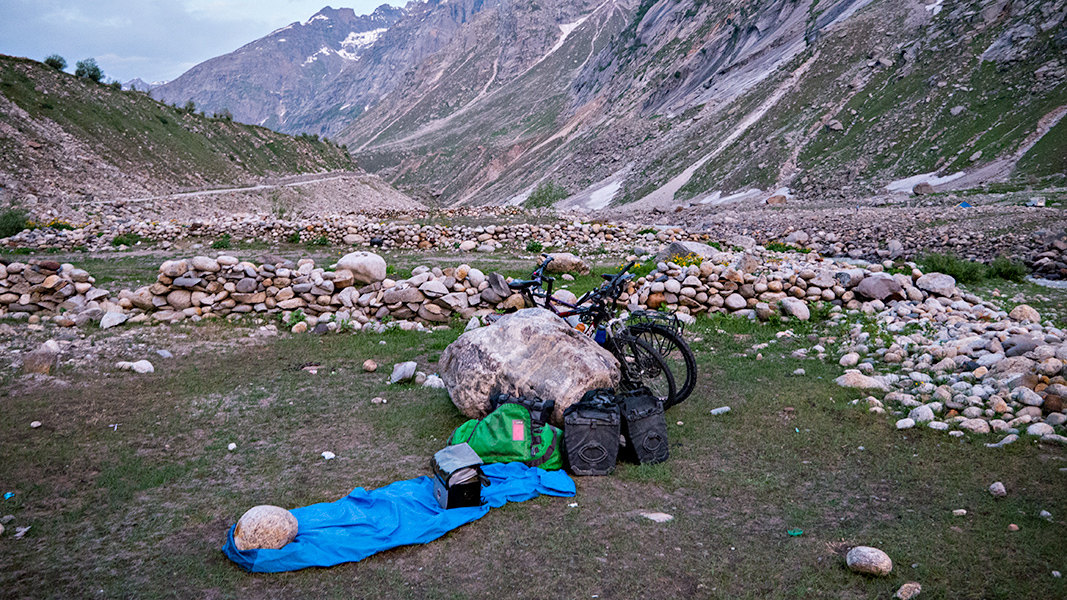