Late start, about 10:30, after a breakfast in town (the cook from the Mehta Resort had gone to visit his family in Rampur for a few days). Straightforward downhill to Kircham, much easier than on the way up!

Back in the Sutlej valley, the road followed the north side of the river with a nice tarmac surface for a few kilometres before crossing the river to a mainly dusty and rocky road for a few more kilometres, skirting the occasional landslide, before switching sides again at the Shontong Bridge.

In places, the valley closed in until it was more of a gorge with the Sutlej roaring through, a mass of turbulent brown water.

The road continued, rocky and dusty, with little traffic. I passed some army camps and saw my first ‘No photography’ sign – and resisted the temptation to take a picture of the sign. It’s surprising how often, in (apparently) the middle of nowhere, someone is watching. I was ‘caught’ twice last year, once photographing a bridge and then a cable trolley at a hydro-electric project. In neither case was the army involved but it didn’t seem worth the risk/hassle.

At the turnoff to Reckong Peo, climbing started in earnest, and continued for the next seven kilometres. But I did manage to ride this one (except for steep sandy and rocky hairpins), although with more than a few ‘photograph’ breaks.

I got a room at the Ridang Hotel (Rs 600). It’s not particularly pleasant and maybe I should have continued further into Peo to see what else was on offer. It had hot water, that helps. There is still no phone access but I managed to send an email, reporting on progress back to home base in Canada. (I haven’t managed to get data access for a few days now.)

On Monday morning, I went to the Monk Travel Network (in the same building as the Government Tourist Information Centre, where I could get no information about hotels around Pooh, 65 km further along) and obtained my Inner Line Permit, necessary since the road ahead goes close to the Tibetan border. The permit cost Rs 350 and took a couple of hours; it was pleasantly efficient and clearly a good money maker for Mr ‘Monk’. As I was there, an Indian tour guide came in with a bundle of about 15 passports for a group on Royal Enfields.

According to the travel ‘literature,’ the sole reason for visiting Peo was either to get to Kalpa or to get an Inner Line Permit. It is not such a bad place, though, and good for people watching. As elsewhere in Kinnaur, the people seem happy and relaxed. 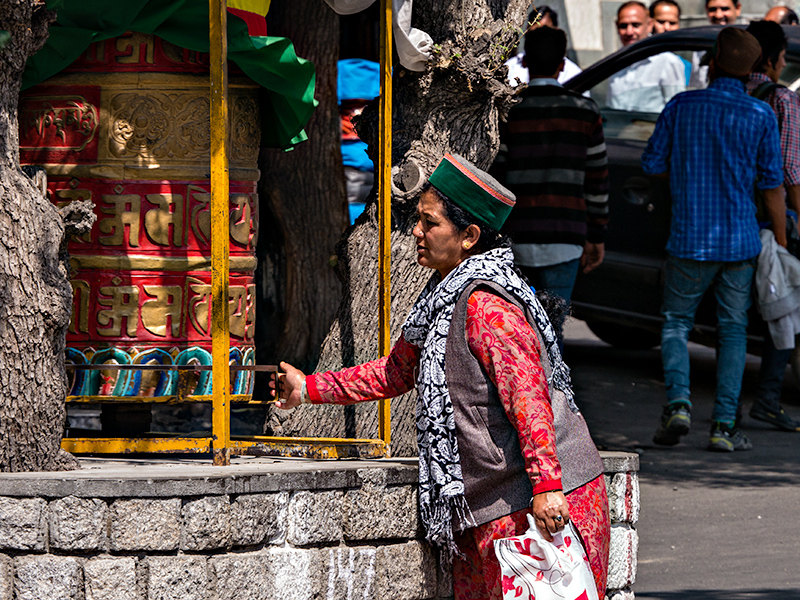 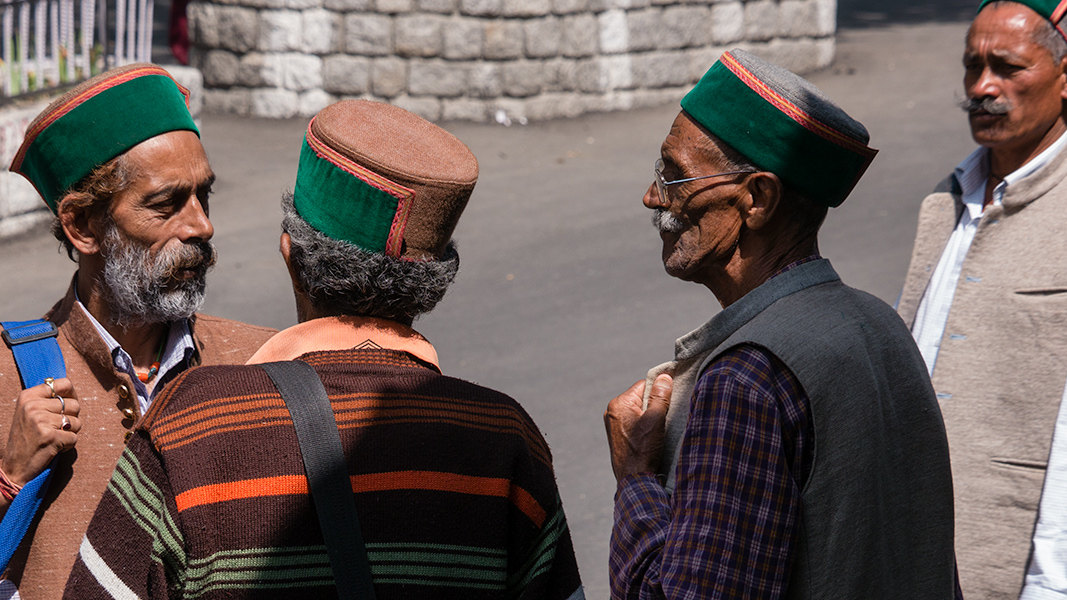 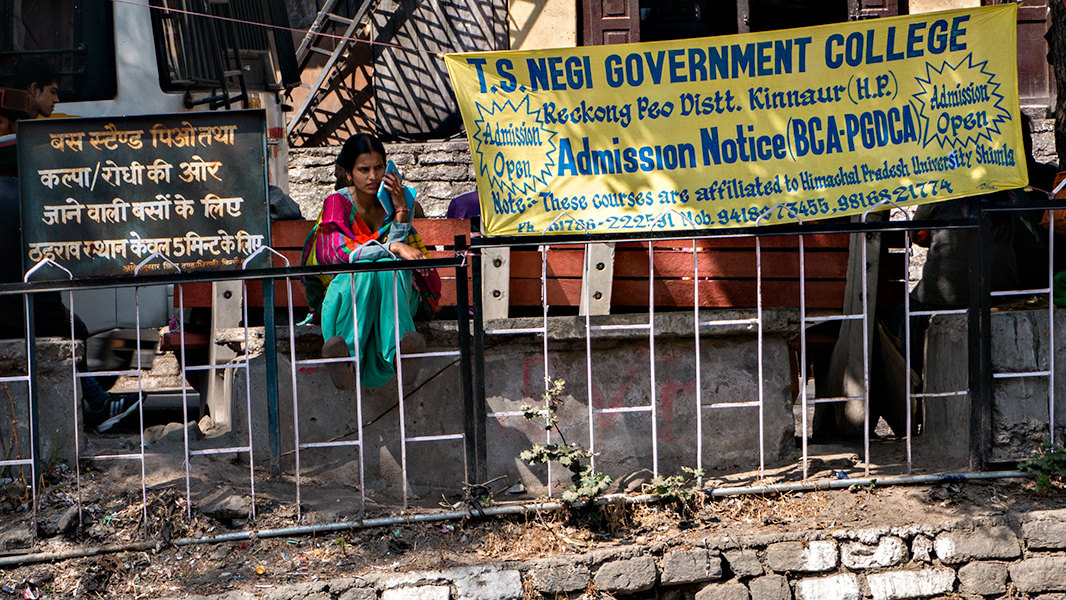 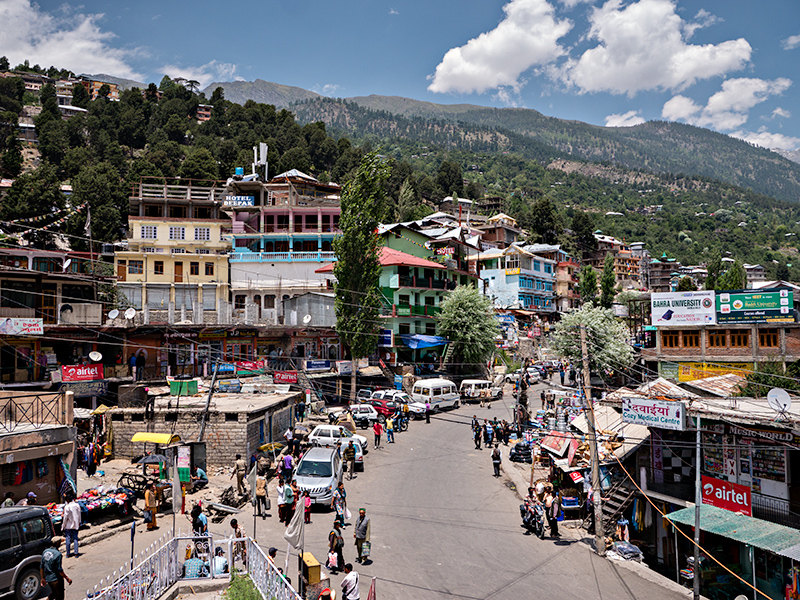 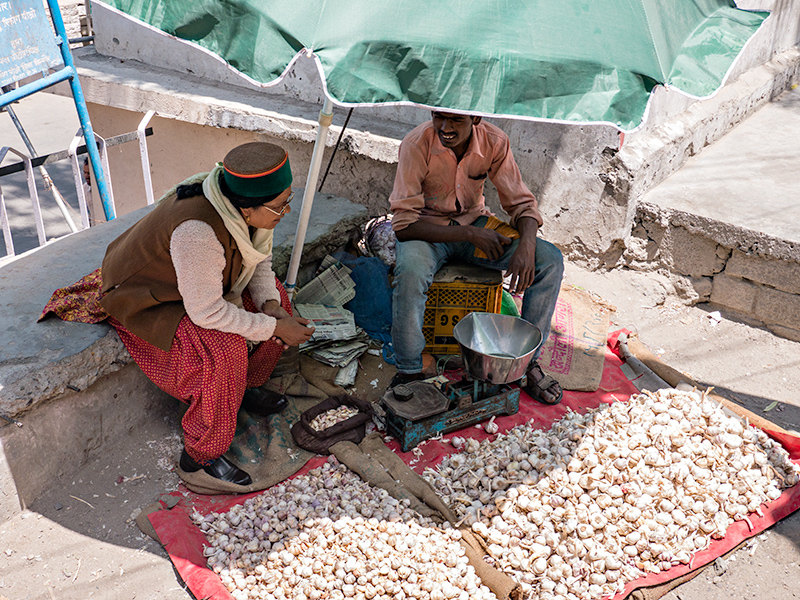 In the afternoon, I took a bus up to Kalpa (another steep road, up to 2670m) and wandered around for a couple of hours. There is a nice temple complex and traditional wood and stone buildings (in addition to newer concrete buildings): very peaceful, with a beautiful mountain backdrop of the Kinner Kailash massif. 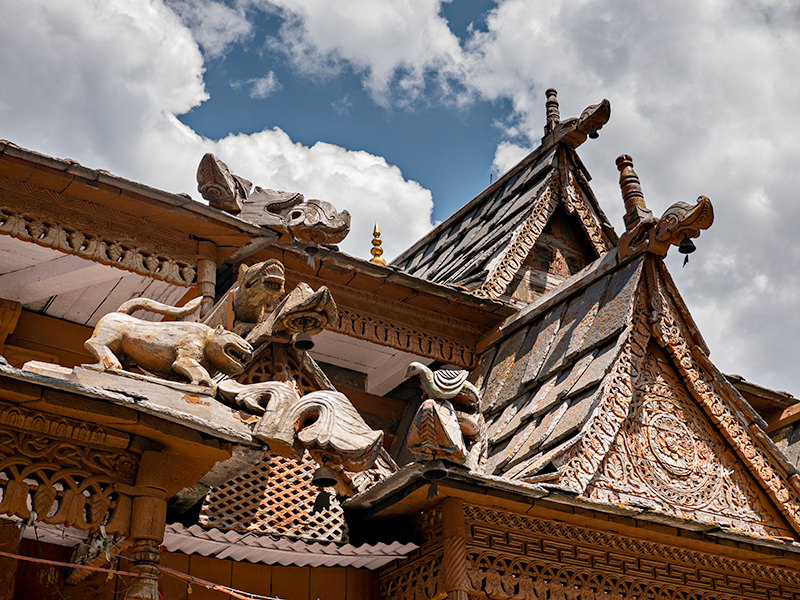 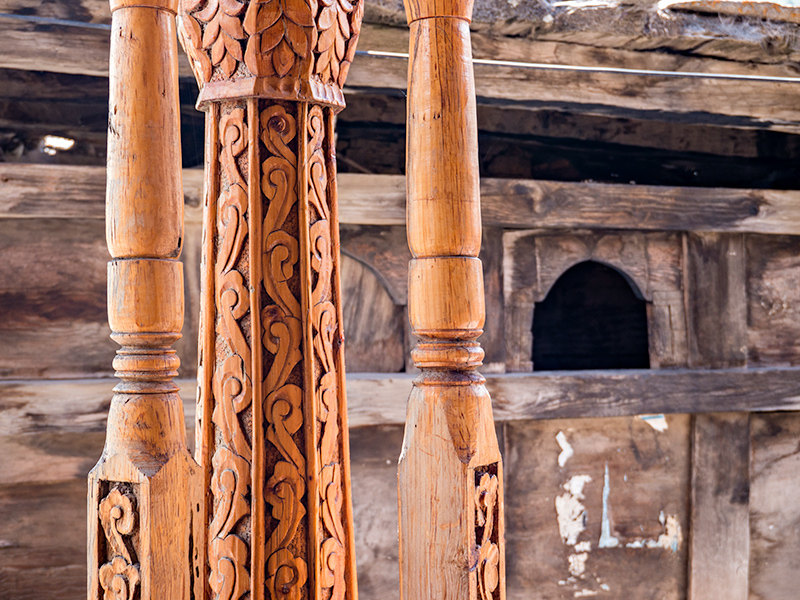 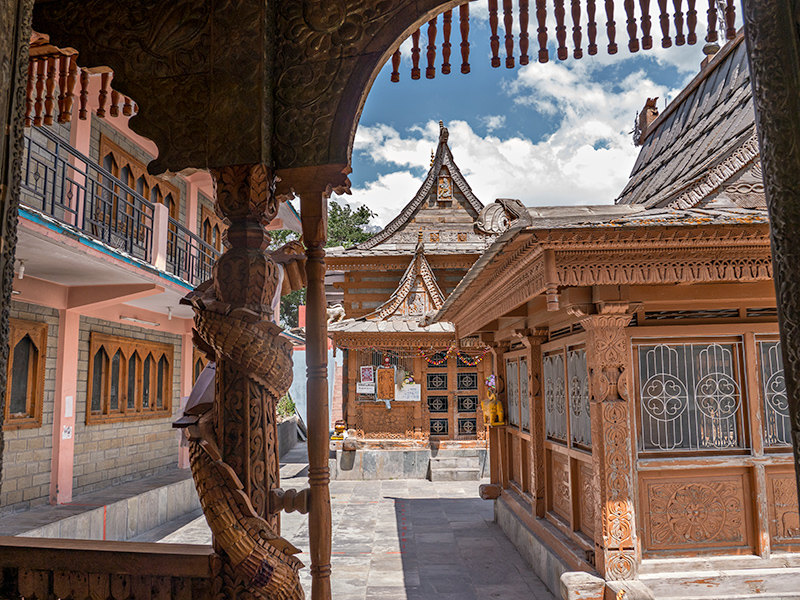 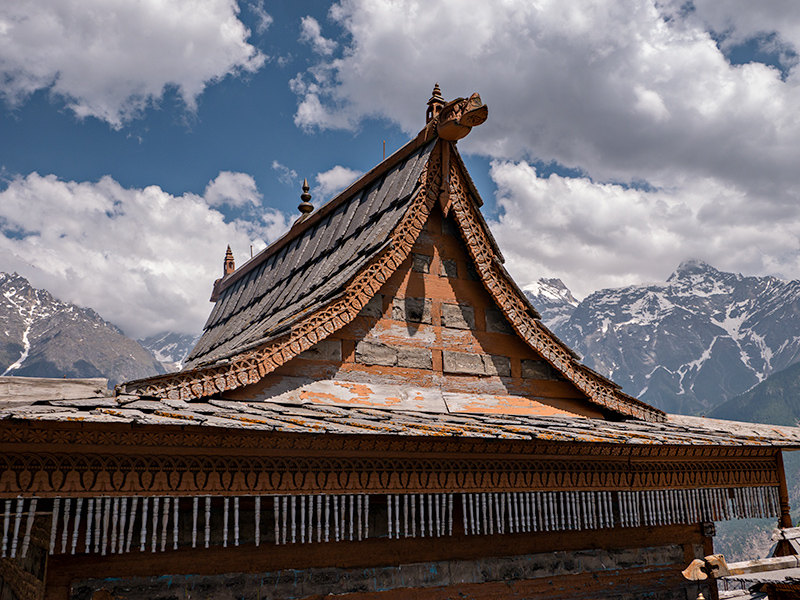 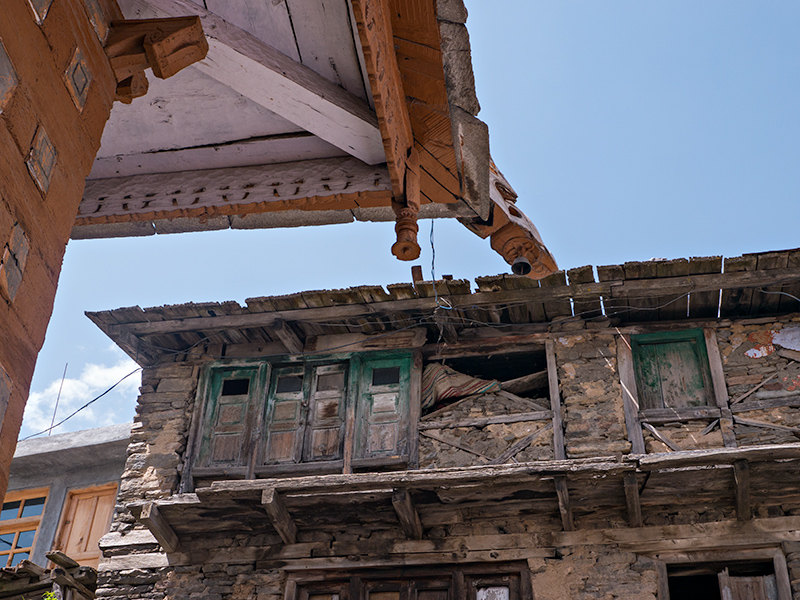 I had a late lunch at the Hotel Blue Lotus and made the mistake of looking at one of the rooms – so much nicer than the Ridang (where, in order to sleep, I’d had to crawl into my sleeping bag liner and spray my head with mosquito repellant to keep the flies at bay) and cheaper too. A quick decision: I’ll delay my ride for a day or two and relocate up here.

I bussed back down to Peo, packed up, and with the help of the Ridang Hotel manager, arranged for a ride back up the hill with my bike and all my gear in the back of a truck. Should I have ridden? Maybe, but it was getting late, it would be extremely hard with my whole load, and this is a sidetrip anyway. (How’s that for justification?) 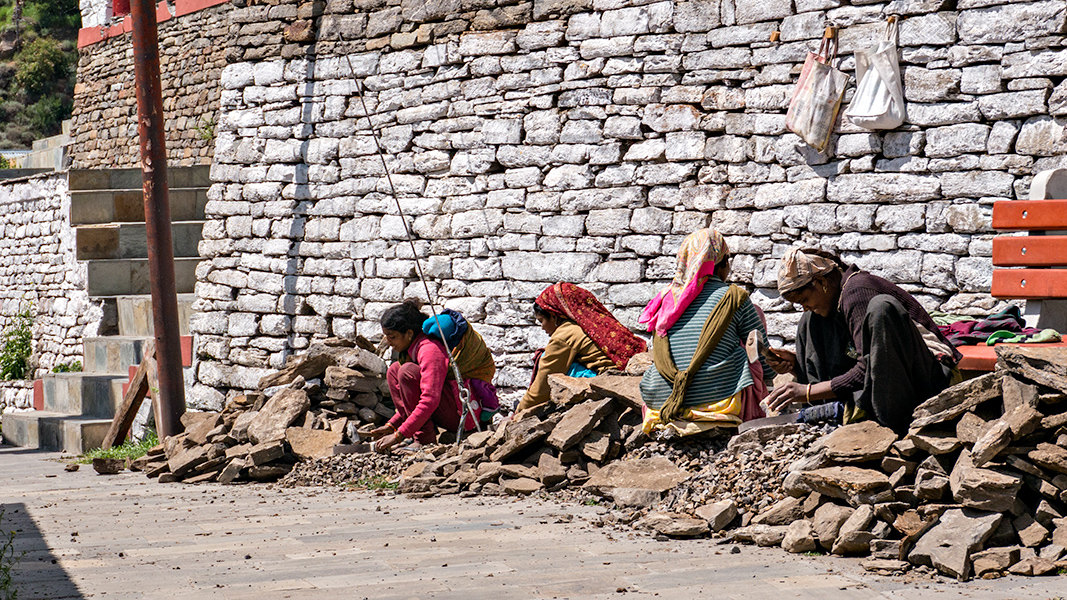 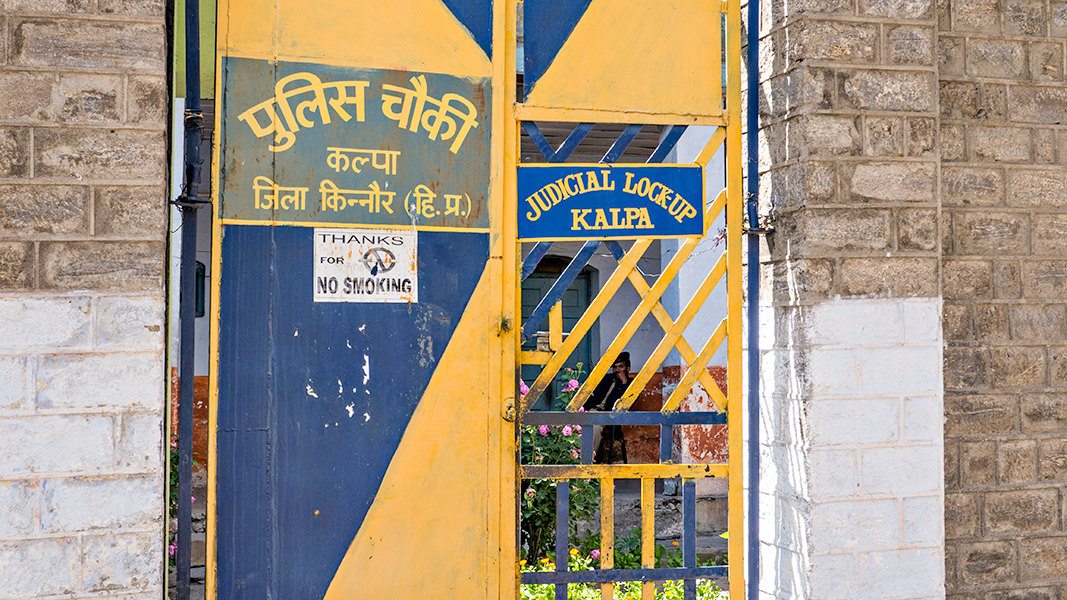 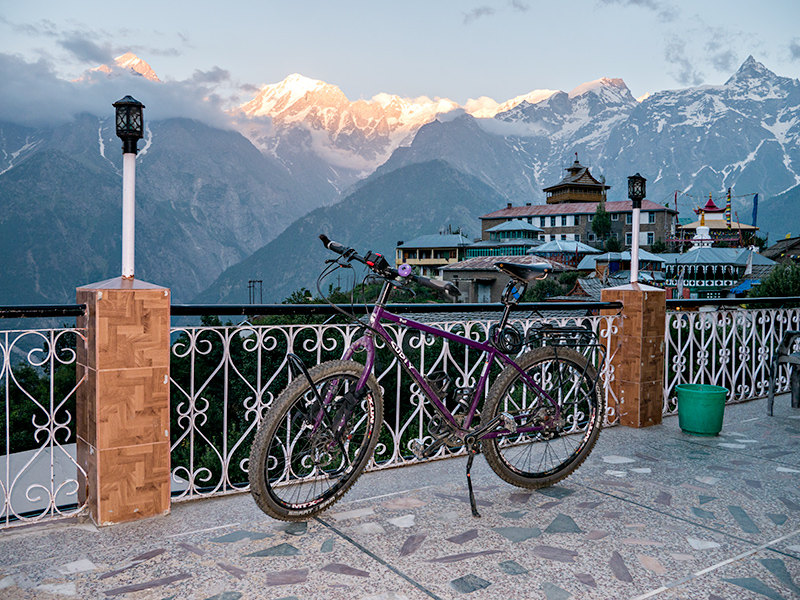 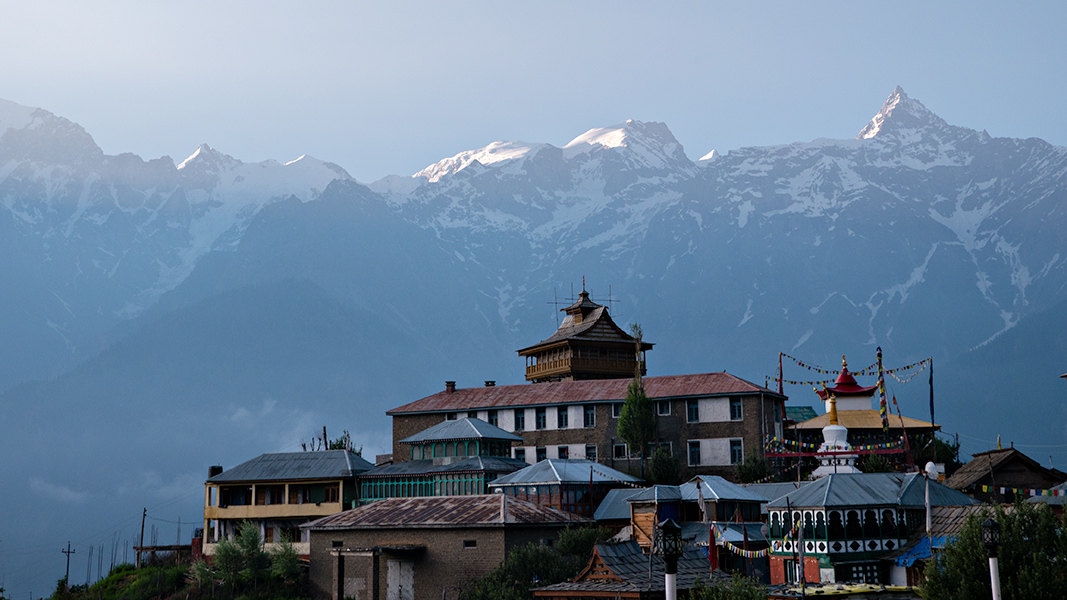 It’s been a relaxing couple of days but it’s time to get going again. I’ll head to(wards) Pooh tomorrow.